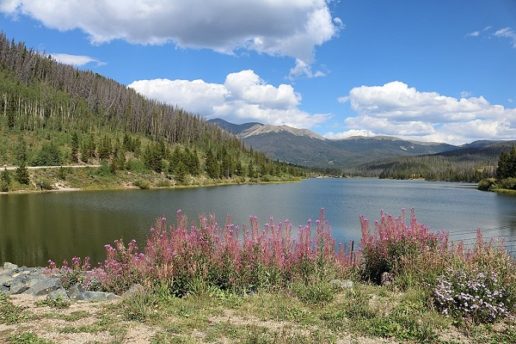 As the American public begins to consider what travel looks under the new landscape shaped by social distancing and coronavirus, Go RVing has released an all new campaign: Go on a Real Vacation.

After weeks of sheltering in place, states are beginning to open and many people are beginning to feel more comfortable venturing out for weekend of seasonal leisure travel while still seeking to avoid crowds and practice social distancing.

“Let’s remind people of the freedom that comes with traveling in an RV,” said Karen Redfern, Go RVing VP of Brand Marketing and Communications. “After months of being stuck in the proverbial passenger seat, it’s time to take the wheel. It’s time to not merely go on vacation, but to Go on a Real Vacation – one that only RVing can offer.”

The campaign is the brainchild of Go RVing’s new agency of record, FCB-Chicago who officially came on board in late April after Go RVing’s 6-month RFP process. Ads launched May 14 on Go RVing’s social media – Facebook, Instagram, and Twitter—and will continue to grow with paid social content and digital ad platforms and media partners. A radio spot will be released after Memorial Day with distribution via terrestrial radio and national streaming platforms. Broadcast, digital video, and additional channels will be added as the campaign is fully developed to create a full 360-degree message for the target audience.

“We are excited about the energy the new campaign brings,” said Craig Kirby, RV Industry Association President. “Go on a Real Vacation embraces a bolder, more direct messaging to consumers. It reminds consumers that an RV gives them permission to take control. To vacation on their own terms and with their own agenda. It’s the difference between a trip to remember, and one you’ll never forget.”

In light of the new normal for social interaction, the campaign will launch with a message that acknowledges where we’ve all been and where some still might be depending upon where they live. After #StayInside Comes #RoamOutside visually will be accompanied by several different levels of ‘outside’ from walks in the fresh air to more active adventures.

The campaign has four themes as its creative base: #RoamOutside, You Need an RV, You Can Control Your Destination, and Your House, Your Rules. Each of the themes will have multiple variations of vehicles, people, locations and will be built in multiple formats, allowing consumers to find a message that personally resonates with them.

“As states across the country reopen, RV dealers have seen an increase in RV sales and interest at their dealerships,” said Phil Ingrassia, National RV Dealer Association President. “It is being widely reported that this is the ‘year of the RV,’ and this new campaign is guaranteed to drive even more people to the RVs and the active outdoor lifestyle.”

The Go RVing team will continue to closely monitor consumer sentiment to ensure its message is appropriate for theaudience and future consumers during these uncertain times.