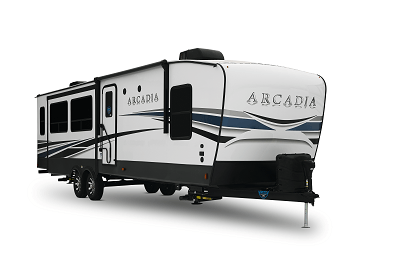 The company stated its new floorplan is the “first of a handful” of new travel trailer models. The 370RL features innovations introduced with the Arcadia fifth wheel in January, including a forward-leaning front cap, arched roofline, upgraded HVAC systems, insulation and NGC2 chassis design.

“Storage is the No. 1 request we hear from customers, so we pushed the design team hard to find new ways to create interior storage,” Arcadia Product Manager Dustin Tavernier said. 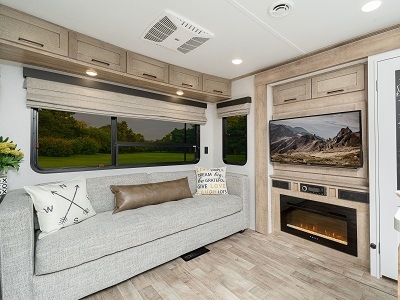 “It is such a small thing, but nearly every owner we have spoken with has mentioned both the Roman shades and how much more open the Arcadia floorplan’s feel,” Casey said. “The combination of the décor, roofline, slide height and flush-floor slides has made a big impression.”

The 370RL floorplan has a $51,404 MSRP and is expected to ship in late June. Keystone stated its Arcadia brand plans two additional models by the second quarter’s end.