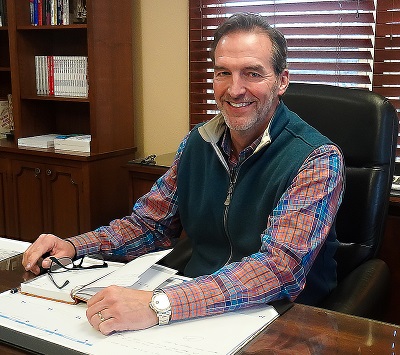 For the first time in nearly three decades, Coachmen RV begins the new year with a new president.

Company President Bob Dumm has nearly 40 years of experience in the RV industry. He will oversee all Coachmen, Viking and Shasta divisions as well as the Forest River Park Model division.

Dumm takes over for Mike Terlep, who retired at the end of 2022 after 27 years as Coachmen’s president, and 38 years overall with the company.

Dumm said: “I feel that our company is well positioned to take advantage of the current industry climate and lay the groundwork for future success and growth.”

Dumm began his RV career by working at a local dealership in junior high school. He continued part-time work through college and entered the wholesale side of the industry after graduation from the University of Akron.

“Coachmen is a solid company with a solid foundation,” Dumm said. “Under Mr. Terlep’s leadership, Coachmen has experienced annual sustained growth since being acquired by Forest River in late 2008. My goal is to continue this steady, controlled expansion, while remaining mindful of the importance of our people, our quality, our value proposition, and the long and strong relationships that we have earned and maintained through the years.”

The past 14 years, Dumm was the general manager of Coachmen’s laminated trailer divisions. He worked with Terlep in late 2022 to ensure his transition to company president was seamless, Coachmen RV said.

In addition to two older daughters, Bob and his wife of over 22 years, Lisa, have three grown children. Dumm enjoys numerous outdoor activities, the company said, from water and snow sports to triathlons. He often camps in his Coachmen towable RV.