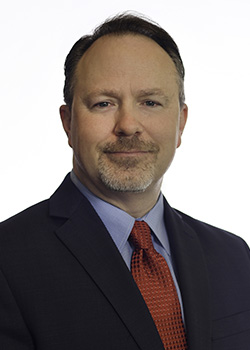 I had a college roommate who was extremely proud of his new stereo system and its 3-foot-tall speakers. The stereo was state-of-the-art at the time, featuring crystal clear sound and thumping bass.

My roommate would often play the most annoying music in his collection at blaring levels. You could not hear yourself think, and the hair on your arms stood up.

As we annoyed each other at times, he found a particularly disturbing way to torture me—playing a song on repeat. He would play one song, again and again, for what seemed like hours.

Sometimes he would play a few bars into the song and then repeat! I still cannot listen to that song without wanting to wring his neck.

I read a recent press release from the Colorado attorney general about a similar repetitive old song, “GAP and refunds.” As I read the press release, I wondered if a repeat button was on somewhere.

On May 20, 2021, the Colorado attorney general issued a press release saying his office secured $121,983 in refunds for 171 Colorado vehicle owners who allegedly did not receive full GAP benefits. According to the press release, the amount resulted from investigating a Colorado company that acted as the GAP administrator between consumers, dealers and creditors. The attorney general claimed the company did not always pay full coverage owed to consumers under Colorado law.

The press release stated the company cooperated with the investigation and agreed to promptly and fully refund consumers whose benefits were withheld improperly. Because the company cooperated and acknowledged its alleged past behavior of not paying full GAP coverage owed to consumers, the attorney general did not request additional payments beyond full consumer refunds. Colorado law permits the attorney general’s office to request payments in addition to full consumer refunds.

The first practice deprives consumers of the protections they paid for in case their car has been totaled. The second overcharges consumers and violates Colorado law. We also are hearing at least 10 GAP administrators were served with subpoenas in connection with the investigation.

You might remember that in March, the Colorado attorney general issued a press release detailing more than $9.5 million in refunds for Colorado consumers who allegedly were charged unnecessary GAP fees. The refund total resulted from a 2018 settlement the attorney general initiated after learning, through a multistate effort, a bank allegedly had not refunded unearned GAP fees owed to Colorado consumers.

With such high awareness regarding creditors’ GAP refund practices in Colorado, regulators and plaintiffs’ attorneys are most likely paying attention to the issue in other states.

A creditor’s GAP refund obligations under state law may vary from state to state. The current Colorado class-action lawsuits allege violations of an express GAP refund requirement under Colorado law.

Specifically, the Colorado Uniform Consumer Credit Code administrator adopted a rule providing that, if a consumer’s credit transaction is prepaid before maturity or the vehicle is no longer in the consumer’s possession due to the creditor’s lawful repossession and disposition of the collateral, and if no GAP claim has been made, the creditor must refund to the consumer the unearned fee or premium paid for GAP.

In other states, such as California, state law does not impose any express GAP refund requirement on the creditor for early termination of the underlying credit transaction, whether due to the consumer’s full prepayment or default. In those states, class-action litigation may be less likely because of the lack of an express refund requirement.

Further, consumers often are unaware they may be entitled to a refund. Because the creditor may be in the best position to know whether unearned charges exist, and who holds the premiums, creditors face some regulatory risk. A state or federal regulator could decide the creditor’s failure to refund unearned charges or to notify consumers a refund may be available violates standards governing unfair, deceptive, or abusive acts or practices.

Regulatory concerns could occur even where state law and your contract are silent about a requirement to notify a customer and make a refund of GAP. Federal and state regulators may successfully argue your failure to notify your customer about an available refund, or your failure to refund unearned charges is an unfair, deceptive or abusive act or practice.

As regulatory scrutiny of creditors’ GAP refund practices crescendo, creditors must continue to take steps to ensure compliance with state law GAP refund requirements. Because state law in this area continues to change, creditors need to take a fresh look at their GAP agreements and confirm they are consistent with current state law refund requirements. The agreements must be clear regarding when a refund is required and who has to make it. The creditor’s refund policies and procedures need to be in line with their legal and contractual obligations.

You can bet if the Colorado attorney general is focused on these GAP issues and conducting investigations of GAP administrators and creditors, other state attorneys general, state regulators and consumer plaintiffs’ attorneys are learning from their actions (and high-dollar settlements)!

These attorneys general and regulators all talk and share ideas about claims and settlements that work. Do not put a pillow over your head to try to block out that same old song being played on repeat. Take action by reviewing your contractual or legal obligations to notify your customers or make refunds.

Now would be a great time to take your friendly lawyer out for coffee and pick their brain about GAP refunds.

Eric L. Johnson is a partner in the Oklahoma City, OK office of Hudson Cook, LLP. Eric can be reached at (405) 602-3812 or [email protected] This article is provided for informational purposes and is not intended nor should it be taken as legal advice.