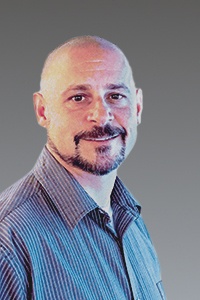 Dana Nelsen, 50, is the publisher of RV News magazine and CEO of DRN Media Inc based in Louisville , CO. He currently serves on several industry boards and committees.

Nelsen began his career turning down every opportunity that didn’t involve his passions—telling stories and writing. Over the past two decades, his journalistic talents, desire to help people, natural persistence and penchant for learning enabled him to evolve into a rarity: a successful business-to-business media publisher with a solid editorial background.

Nelsen came up through the ranks of National Business Media, the parent company of RV PRO magazine. There he held the positions of Staff Writer, Assistant Editor and Editor-in-Chief.

He hired on with Cygnus Business Media, Inc. in 2007, where he gained experience as the Editor-in-Chief of RV Trade Digest as well as the Light Truck and SUV Accessory Business and Product News magazine.

He returned to National Business Media as Associate Publisher and Publisher of RV PRO during the recession of 2009. At that time, RV PRO was not profitable. “I redefined what being a publisher and running a business magazine in the RV industry meant,” Nelsen said. During his tenure, RV PRO grew exponentially until he departed at the end of 2015.

Dana Nelsen purchased RV News from previous owner Don Magary and established DRN Media in late November of 2015. The first issue of the newly relaunched publication was mailed in January of 2016. The magazine was established in 1975 and is not only the oldest but also the largest business to business trade magazine serving the RV industry.

He served for many years on the RV Aftermarket Association (RVAA) Membership Committee and the RVAA Education and Training Committee, as well as a RVAA Board Director for nearly 8 years.

Additionally, he has served and currently serves as a Board of Director of the RV/Manufactured Housing Hall of Fame Foundation and Museum.

In 20220/2021 he served as Chairman of the RV Industry Association (RVIA) Aftermarket Awards Taskforce, while also serving as member of the aftermarket show taskforce. For nearly four years he served on RVIA Aftermarket Committee.

He won the RVAA President’s Award in 2013 and 2014 for increasing RVAA’s membership and reinvigorating previous Jim Barker Award winners’ involvement in the organization.

Nelsen holds a bachelor’s degree in creative writing and journalism from the University of Nebraska at Omaha.