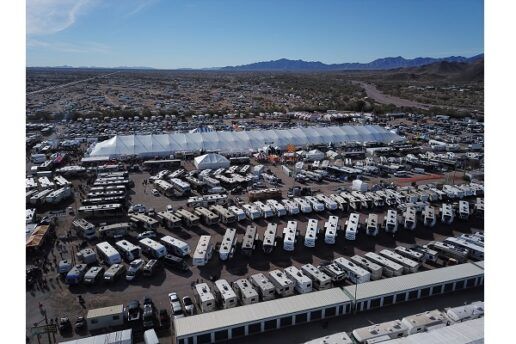 Organizers of the Quartzsite Sports, Vacation & RV Show, an annual event taking place each January in Quartzsite, Arizona, are looking ahead to the next round of their RV consumer event despite the challenges presented by the COVID-19 outbreak, according to Kenny King, event founder and co-promoter.

“Our Quartzsite event, as with all such large gatherings across the U.S., is navigating uncertain waters in this topsy-turvy world of the Coronavirus,” said King. “With things looking like they’re going to get better one day, only to then start opening up the economy — probably prematurely and obviously in a piecemeal fashion in most southern states — and then people just lost their minds and went back to their business-as-usual mode for the most part. And here we are back to square one and even worse in some areas.”

King said that Quartzsite’s location in the Mojave Desert has helped shield it from the kinds of escalating Covid-19 cases being reported throughout much of the country.

“Things aren’t quite so upbeat virus-wise 125 miles east of Quartzsite in Phoenix in Maricopa County, where more than 110,000 confirmed virus cases have been reported versus 463 in La Paz County, where Quartzsite is situated,” he said. “That’s hardly a blip on the radar screen anywhere else.”

King said he has been in communication with Quartzsite’s town manager, who will make the final decision on whether the show being held in 2021. 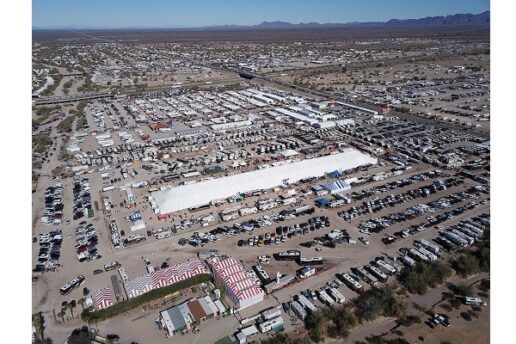 “After laying out our new safety procedures and preparedness for the 2021 show that includes mandatory facial coverings, wider aisles with one-way-only traffic, protective barriers between exhibits and multiple hand-sanitizing stations throughout the show grounds, we were given a provisional green light to proceed as planned for 2021 with the understanding that guidelines may change in the next six months,” said King.

In the event that safety procedures and protocols change or become more stringent, King said there are contingency plans in place.

“It was recently mentioned in the national media that we may actually see a viable vaccine made available to the public before year’s end,” added Kimmy King, Kenny’s daughter and show co-promoter, “We can only pray that this happens sooner than later. Based on the information we have currently, we are planning to move forward with our plans for Quartzsite 2021 until someone tells us otherwise.”

In the meantime, the Kings say they’ll stay in close contact with “the powers that be” in Quartzsite, La Paz County and the State of Arizona to ensure a safe event for the attending public as well as the hundreds of exhibitors who have traditionally shown their wares at the Quartzsite Sports, Vacation & RV Show. The Kings also say they are confident that 38th Annual Quartzsite Sports, Vacation & RV Show, an event now set for Jan. 16-24, 2021, will proceed as planned.

Click here for exhibitor updates and other information, including dates and times, photos, maps and directions.