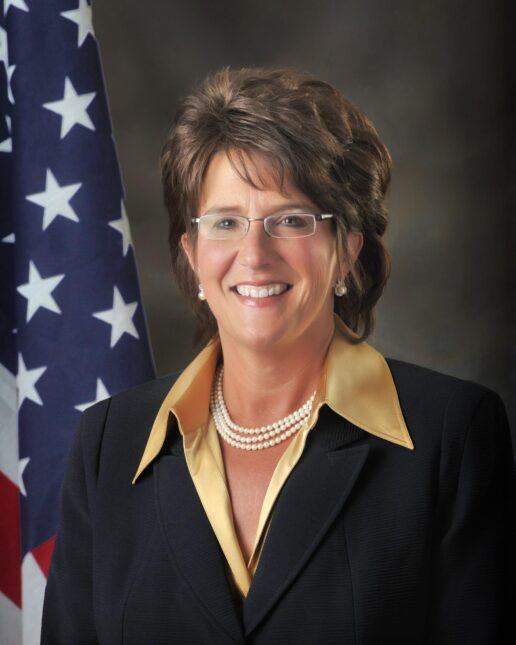 Longtime Republican congresswoman Jackie Walorski of Indiana, 58, was killed at approximately 12:32 PM, Wednesday in a car accident. The two-car crash took place on SR 19 south of SR 119 in Elkhart County where Walorski was traveling north. Eye witness and video evidence confirm a maroon Buick LeSabre driven by Edith Schmucker, 56, of Nappanee, Ind. was southbound on SR 19. A northbound silver Toyota Rav 4, driven by District Director Zachery Potts, 27, crossed the centerline for unknown reasons, and the two vehicles collided. Walorski, Walorski’s Communications Director Emma Thomson, 28, and Potts were killed. Schmucker was also killed. All occupants of both vehicles were confirmed to have been wearing seatbelts, the Elkhart County Sheriff’s Office said.

“Rep. Jackie Walorski was a thoughtful and energetic leader for her constituents and the entire RV industry,” RVDA said on Twitter. “She understood the RV business and how RV travel enhances the lives of millions of Americans. RVDA sends its condolences to Rep. Walorksi’s family, friends, and colleagues.”

Before serving in Congress, Walorski served three terms in Indiana’s statehouse.  Walorski had represented Indiana’s 2nd Congressional District since 2013. She was first elected to the House in 2012.

Walorski was a powerful advocate for the RV industry and a favorite for RVIA Advocacy Day attendees to meet with each year.

“Jackie was a colleague and a friend. On Advocacy Day, she and her staff knew as much or more than anyone in the RV industry. You never had to get her up to speed. So, it was more of a social occasion. She started the RV Caucus. She was a strong advocate,” Forest River General Manager Don Gunden said.

According to RV Industry Association Chair Jeff Rutherford, her enthusiasm for the RV industry, as well as the people of Indiana’s second district, was unmatched.

“There is no one who more consistently advocated on behalf of the RV industry in Congress and we as an industry are better off for it. This is truly a sad day for all who knew her, and we wish to express the heartfelt condolences of the entire RV industry to Jackie’s family and the families of Zachery and Emma during this incredibly difficult time,” Rutherford said.

RVIA President and CEO Craig Kirby said Walorski had a deep understanding of and a passion for the RV industry and members of the industry.

“She championed numerous RV-related endeavors on Capitol Hill, including founding the House RV Caucus, sponsoring and introducing key legislation on behalf of the industry, and delivering positive testimony during congressional hearings,” Kirby said. “Jackie not only lit up a room with her passion for Indiana, she commanded any room with her incredible intellect and understanding of how business and manufacturing drive the US economy. She has left an indelible mark on the RV industry and we are very grateful for her service to her district and the country.”

On June 5, 2019, Walorski was awarded National Legislative Award during the RV Caucus RVs Move America Breakfast.  In July of the same year, Walorski was awarded the Congressional Leadership Award,  given to individuals who have made extraordinary contributions in the field of international trade, at the Washington International Trade Association’s Annual Awards Dinner.

“She has returned home to be with her Lord and Savior, Jesus Christ,” her office said in a statement, which was shared on Twitter by House Minority Leader Kevin McCarthy.

Fellow Indiana Republican Rep. Jim Banks wrote on Facebook, “She was a devout Christian, a passionate advocate for life, and a leader among Hoosier representatives. Everything Jackie did was to serve others. She had a heart of gold, and I will miss her dearly.”

Former Vice President Mike Pence said that he and former second lady Karen Pence were “heartbroken” by the news.

“Please keep her family in your thoughts and prayers. We will have no further comment at this time,” Walorski’s office said.