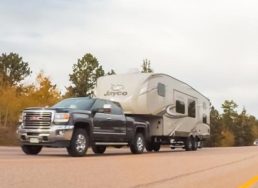 Owners of RV dealerships in Central Iowa say more families are purchasing campers and RVs to have a vacation where they’re more in control of their surroundings, according to a report by a local ABC station and weareiowa.com.

The pandemic has made people rethink a lot of things, the ABC station reported, such as what families do for fun or ways to keep entertained. It’s also making people rethink the cleanliness of their surroundings.

Chris Moffitt told WOI-DT that new mindset is perhaps one reason more families are snatching up RVs from his dealership in Boone.

“I’m sure it’s on their mind,” said Moffitt, who owns Moffitt’s RV. “You know, unless you let someone else in (your RV), everything is you. It’s just your germs.”

He says typically, he’ll get a lot of older, retired couples this time of year looking to buy RVs. Now, the demographics are getting younger.

Channel 5 WOI-DT reported that the sales spike is not just at his dealership in Boone.

Other ABC affiliates report, from Milwaukee to New Jersey, that RV sales are booming.

Families are looking for a retreat from cooped up, COVID life, and that includes Luke Gruber, who Local Five caught up with at KOA Holiday in Adel last week.

“Being outside, being with nature, we enjoy getting away,” said Gruber, who owns an RV. “It’s better than sitting at home.”

Click here to read the full story from WOI-DT Channel 5 in Des Moines.