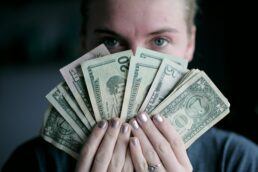 In his annual letter to shareholders, JPMorgan Chase Chairman and CEO Jamie Dimon said stimulus actions taken since the pandemic began could fuel an economic boom in the U.S. into 2023, and potentially beyond.

Although stimulus opponents have critized the large amounts of government funding spent since the pandemic, Dimon said the government “did the right thing” by moving quickly to stop the COVID-19 recession from being “extremely damaging.”

“I have little doubt that with excess savings, new stimulus savings, huge deficit spending, more QE, a new potential infrastructure bill, a successful vaccine and euphoria around the end of the pandemic, the U.S. economy will likely boom,” he said. “This boom could easily run into 2023 because all the spending could extend well into 2023.”

How long the boom could extend, Dimon said, depends on the quality, effectiveness and sustainability of government investments in areas such as infrastructure. He said officials should use extraordinary discipline in spending funds, because spent wisely, Dimon said economic opportunities will be created for all.

Dimon did issue caution over inflation, saying much of the stimulus impact could reach the economy when the boom already is in full swing. He warned that rapidly raising interest rates to offset an overheated economy often leads to a recession. Still, Dimon said there is the possibility the Federal Reserve and government agents overseeing the economy get everything right.

“We do not know what the future holds, and it is possible that we will have a Goldilocks moment – fast and sustained growth, inflation that moves up gently (but not too much) and interest rates that rise (but not too much),” he said. “A booming economy makes managing U.S. debt much easier. … While we are going to hope for the Goldilocks scenario – and we think there is a chance for that to happen – we will anticipate and be prepared for two other negative scenarios: 1) the new COVID-19 variants may be more virulent and resistant to the vaccine, which could obviously reverse a booming economy, damage the equity markets and reduce interest rates as there is a rush to safety, and 2) the increase in inflation may not be temporary and may not be slow, forcing the Fed to raise rates sooner and faster than people expect.”

Handled the right way, however, Dimon said the country can benefit from efforts taken the past year.

“If we spend this money wisely, react quickly to changing circumstances and fix many of the public policy failures … we can build a stronger and more equitable nation,” he said.