Update on Phase One of US-China Trade Deal 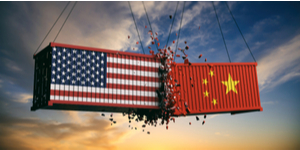 Last week, the United States and China announced a preliminary Phase One trade deal. Despite indications that the two nations would sign the agreement on Friday, Dec. 13, U.S. Trade Representative Robert Lighthizer now indicates he expects the deal to be formally signed during the first week of January. USTR has released a fact sheet outlining the terms of the agreement.

The U.S. did announce on Friday it would suspend the planned List 4B tariffs, which would have levied a 15 percent tariff on roughly $160 billion worth of Chinese imports—meaning practically all goods imported from China would face tariffs. Those tariffs would have taken effect on Sunday, Dec. 15 and will now be suspended indefinitely.

The Phase One deal reportedly includes:

Rollback of existing China tariffs on List 4A from 15 percent to 7.5 percent (this is a change from last week’s reporting, which indicated that all tariffs would be cut by 50 percent). It is unclear when these rollbacks will take effect, or what China will do with its current retaliatory tariffs.

– USTR “expects to issue in the near future” a notice regarding this rate reduction.

– These tariffs will snap back if China does not follow through.

– China to purchase additional U.S. goods, including at least $40 billion in agricultural goods.

– China to expand access to its financial services market and include language on currency and intellectual property in the deal.

– China to increase purchases of U.S. goods and services by about $200 billion within two years.

– China to stop compelling foreign companies to hand over technology to operate in Chinese market.

Notably, tariffs will stay at 25 percent for Lists 1-3, a change from last week’s reporting. These tariffs will be leverage for extracting concessions from China in a second phase of talks.