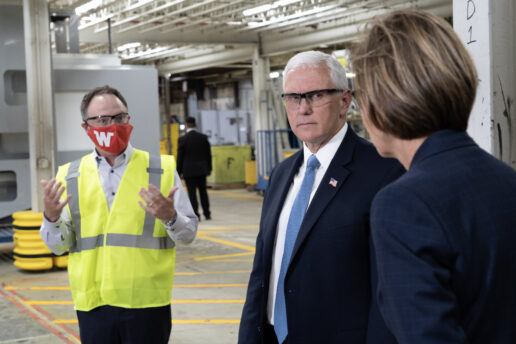 Pence spoke to Winnebago employees and other community members on Tuesday, and walked through the manufacturing plant to see how the company’s RVs come together. He spoke about Winnebago’s legacy as an American company and its hard work to reopen following the pandemic shutdown.

Read below for photos from the Vice President’s visit and excerpts from his remarks to the Winnebago community: 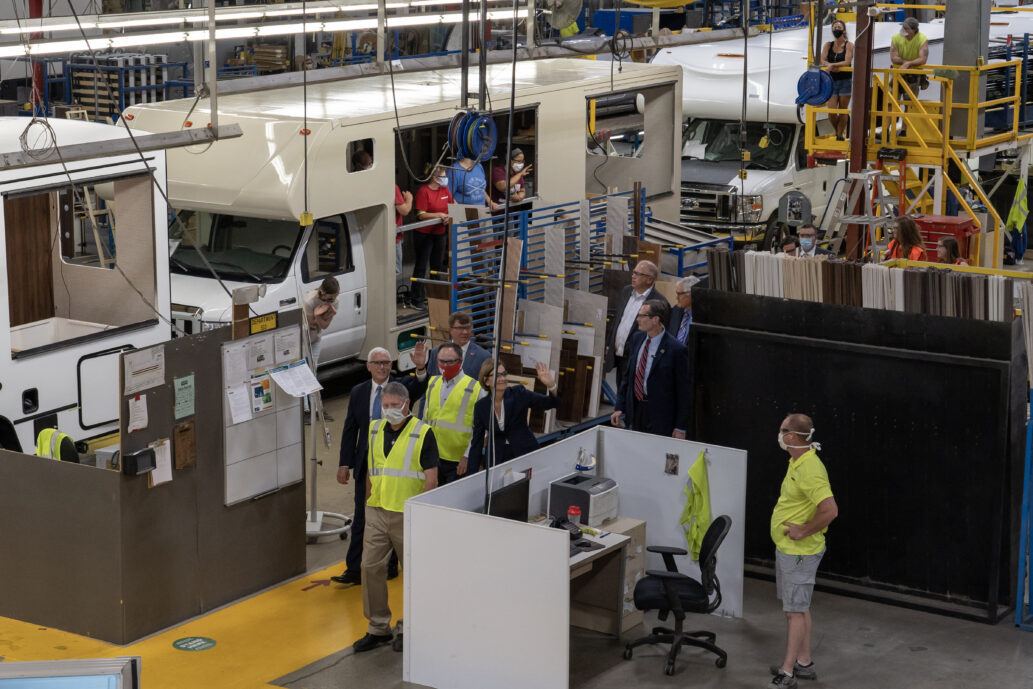 “I mean, to be here at an American company that, for 60 years, has kept America on the move is incredibly inspiring,” Pence said. “I know you had to shut down, but you opened right back up.  You put people back to work, and you got America back on the road.  Let’s hear it for Mike Happe and all the men and women of Winnebago, Iowa.” 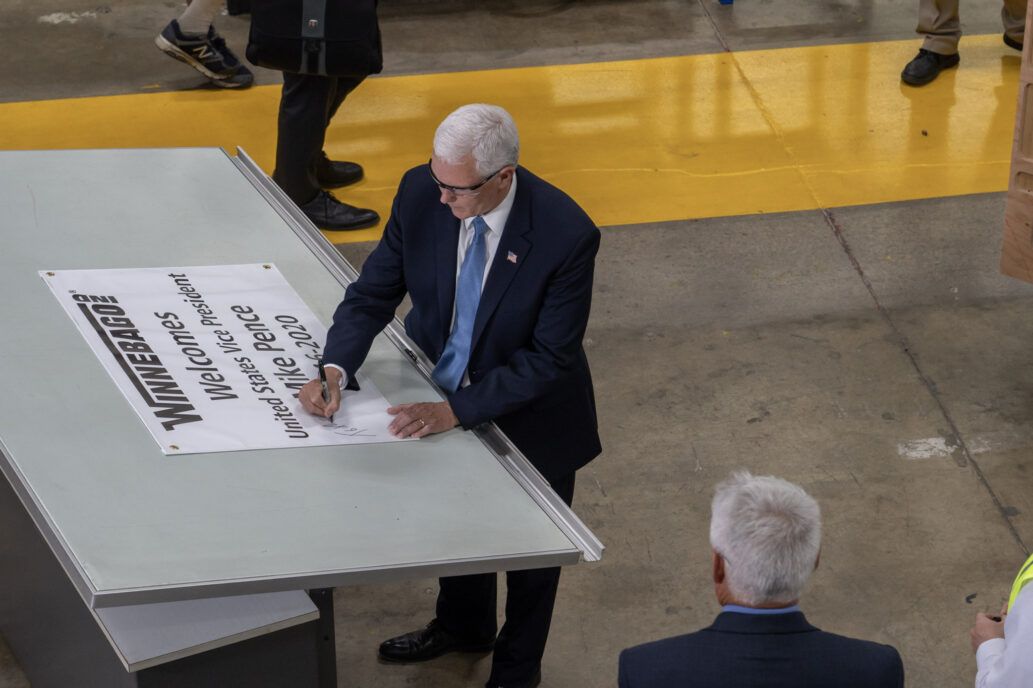 The Vice President autographed red “Winnebago” hats and thanked the company for its leadership in the region and in the manufacturing sector.

“Here at Winnebago, you did more than your part. Volunteers from this company, I’m told, made 36,000 masks that were manufactured for hospitals in Iowa,” Pence said. “And you’ve also created face shields at this plant and distributed them to healthcare workers and first responders all across the state.  Give yourselves a round of applause.  That is — that’s America.” 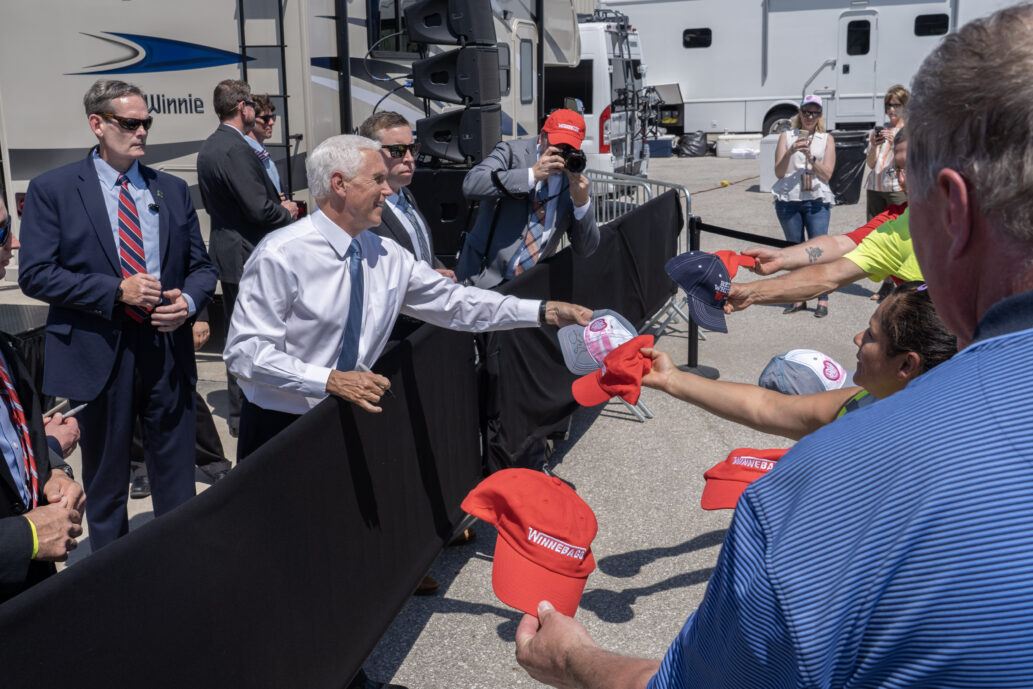 Toward the end of his remarks, Pence also highlighted a few Winnebago employees who’ve been with the company for decades. He said the resilience and determination of longtime workers like Winnebago senior machine set up operator Glen Blazer.

“You know, Glen must have started here after this place has been going about 10 years, and you’ve been here ever since.  You made an incredible difference,” Pence said. “And you helped set the pace for a company that’s making a great difference, not only in this community, not only in this state, but all across the nation.” 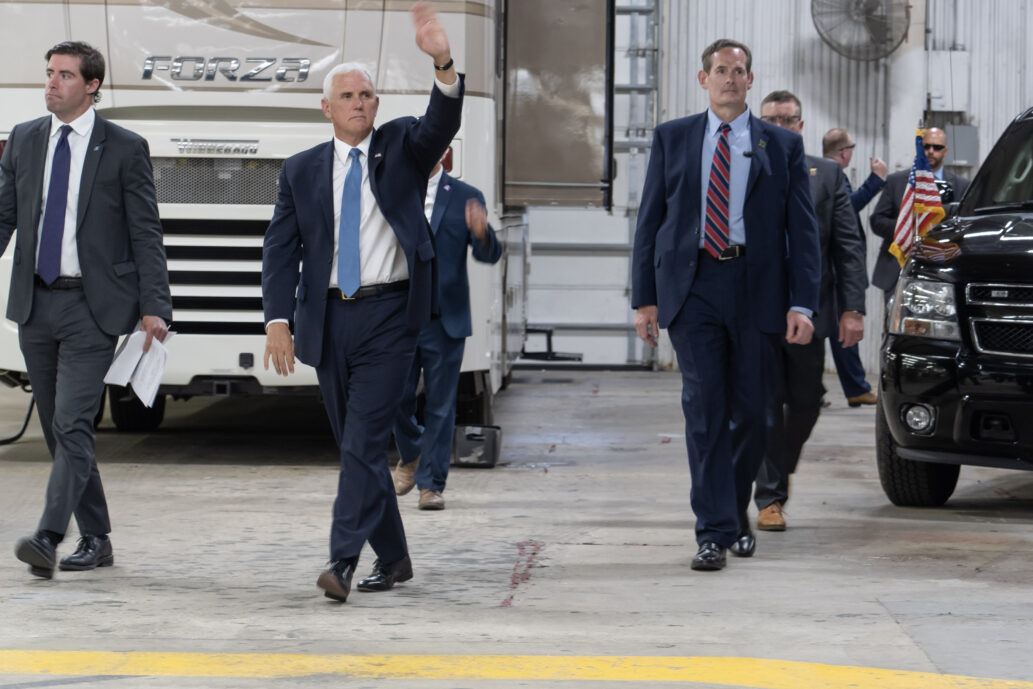