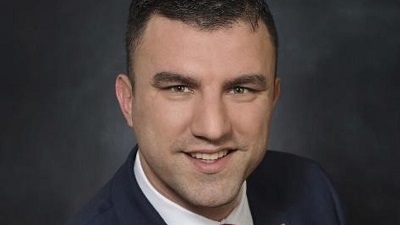 Yakym will be a heavy favorite in the November election against Democrat Paul Steury, a high school science teacher from Goshen, and Libertarian William Henry. He will run both to complete Walorski’s term that ends this year and for a full two-year term. Both elections will be on the November ballot.

Yakym received the most votes from Republican precinct committee members for their party’s nomination in northern Indiana’s solidly GOP 2nd Congressional District. The district represents northern Indiana, including most cities where RV manufacturers and suppliers are based.

Yakym, 38, is an executive with Elkhart distribution company Kem Krest and was a longtime political ally of Walorski, including working as finance director for her first winning congressional campaign in 2012.

He overcame a dozen candidates. Walorski’s husband, Dean Swihart, endorsed Yakym this past week for the Republican nomination.

About 500 Republican activists were eligible to vote in the caucus.

“Congratulations to our dear friend, Sallyann and their whole family on winning the Republican caucus nomination today,” Pence said. “Rudy will be a great conservative congressman.”

Yakym portrayed himself as someone who would continue Walorski’s work on conservative causes.