What FTC Proposal Means to Dealers 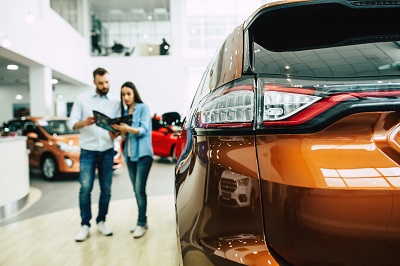 Among add-on items and financial products potentially affected by the proposed rule are:

The proposal would prevent “charging for add-on products that provide no benefit to the consumer.” Dealers would be required to disclose that “the optional add-on product or service is not required and that a consumer can purchase or lease the vehicle without the add-on.”

Among products the proposed rule defines as optional add-on products or services that offer consumers no benefit are “extended warranties that merely duplicate coverage already provided on the vehicle.”

A preliminary regulatory analysis estimates the rule would create a $29 billion net economic benefit over the next 10 years. Once the notice is published in the Federal Register, a 60-day public comment period will follow. Comments may be submitted online at www.regulations.gov.

The proposed rule is the first the FTC has issued governing motor vehicle dealers since the agency was granted rulemaking authority by the Dodd-Frank Act in 2010.

The commission seeks to eliminate techniques the FTC says make it difficult for consumers to comparison shop or leave them with unwanted charges. The proposed rule would protect consumers and honest dealers, the FTC said, and allow the commission to recover funds when consumers are misled or charged without their consent.

According to the Motor Vehicle Dealers Trade Regulation Rule document, more than half of auto dealers’ gross profits on new vehicles came from the dealers’ F&I offices.

The FTC received more than 100,000 complaints annually each of the past three years concerning new and used motor vehicle sales, financing, service and warranties, and rentals and leasing. Motor vehicle transaction complaints are regularly in the top 10 complaint categories tracked by the agency.

The FTC seeks comment on proposed measures that would:

Samuel Levine, director of the FTC’s Bureau of Consumer Protection, said the FTC is taking action as auto prices have surged.

“Our proposed rule would save consumers time and money and help ensure a level playing field for honest dealers,” Levine said.

The FTC voted 4-1 to approve the proposal. Commissioners released statements for and against the proposed rule.

“Despite staff’s meticulous analysis and drafting, I have concerns about this proposal,” Commissioner Christine S. Wilson said. “It prohibits deceptive practices but also requires numerous disclosures related to offering price, add-ons, and monthly financing. Although staff endeavored to tailor these provisions to the deceptive practices challenged in our cases, I anticipate unintended but negative consequences.”

Among those unintended consequences, Wilson said, are that it may be difficult to keep the rule up to date. She cited historical precedence indicating “complex regulatory frameworks” affect innovation, can increase costs and prices, limit choice and decrease production. Wilson said such a rule may not flex with market evolutions such as online vehicle purchases.

The majority offered a different view in their joint statement.

“The proposed rule builds on the FTC’s work over decades, which confirmed that add-ons are a significant pain point for the car-buying public,” said FTC Chair Lina M. Khan, Commissioner Noah Joshua Phillips, Commissioner Rebecca Kelly Slaughter and Commissioner Alvaro M. Bedoya. “FTC staff’s in-depth interviews with consumers during a recent study revealed that consumers were unaware of which add-ons they had purchased, were unable to identify add-ons in the paperwork, were unclear what those add-ons included, and sometimes did not realize they had purchased any add-ons at all. Indeed, add-ons were the single greatest area of confusion observed in the study.”