From the Publisher: Which Came First, the Chicken or the Egg? Getting “Egged” in Elkhart 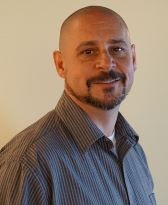 When I was a teenager, I was a hoodlum. This should come as no surprise to anyone. I was not a chicken.

Most teenagers make a ton of bad choices in Jr. High School, and I was no exception. I went through a period in the summer just before I started my first day of 7th grade where I thought throwing eggs at cars as they pulled out of the bar just after the last call was hilarious.

I’d have a friend spend the night and we would sneak out of the house right around 1:30 in the morning to a large bluff that overlooked the parking lot of a local watering hole. The cliff we perched ourselves on was a 40-foot straight down drop and it extended for about 3 blocks in either direction so our drunken victims had no chance to inflict the justice we rightly deserved for egging their cars as they stumbled out of the bar.

I’ll never forget an amazing throw my friend made that summer. The egg went straight through the open sunroof of a car as the guy in that poor vehicle opened it. When the bar patron immediately got out of the car, he had egg all over his face and chest. To say he was furious was an understatement. We laughed so hard we nearly fell off the cliff to our deaths in the parking lot below.

As I send our amazing digital version of our Elkhart Open House Issue of RV News to you today, I am the one with an egg on my face. I’m not alone, though. I feel COVID has lobbed its unexpected missile leaving us with yolk dripping down our faces. You will see what I mean when you click through this issue here: September 2021. Make no mistake, it still has awesome info in it.

As I write this, The Hershey consumer show is wrapping up. The line to get into the show was at times a half-mile long with our-and-a-half wait times. The exhibitors there report the best show ever by an inconceivable number. Congrats to PRVCA for having the huevos to break records, promote the industry, and be successful. (For my gringo readers huevos in Spanish translates to eggs).

Now, let’s talk about the Elkhart Open House and what I will call “The Big Lie.” A few weeks ago it was announced that the Elkhart Open House was canceled. When I heard that announcement I literally laughed out loud. It wasn’t the gut-wrenching laugh of seeing a guy jump out of his car cursing with egg on his face as he then fell because he was too schnockered to stand up, let alone drive. It was more like the kind of laugh when you see someone do something foolish like walk into a sliding glass door because the glass is so clean they just can’t see it.

Last year, they canceled the Elkhart Open House. When I went to Elkhart in September of 2020, despite the show being officially canceled, I had a difficult time finding an available hotel room. Why? Because there were so many dealers in Elkhart looking at the new RVs. Last year, it was “officially” canceled… but the show still happened “unofficially.”

RV manufacturers “unofficially” set up their new units. RV dealers who had a set of “eggs” traveled to Elkhart (with no official invitation), looked at new units, made purchases, conducted business and it all went off without a hitch. Yep, despite Elkhart Open House being officially canceled, it happened anyway unofficially.

My prediction is this year will be no different.

RV manufacturers “officially” cancel the show because they then avoid any liability if someone does get sick. If dealers take it upon themselves to show up uninvited, any risk is on them, not the OEM.

With the ragingly successful Hersey show as my defense, I think RV manufacturers need to “man up” and “get a pair.” (That’s another reference to eggs. I am working with a theme here.)

Yes, I know they are a potentially big financial target for a pending lawsuit. I hear ya cluckin’ big chicken. Have attendees sign a waiver for crying out loud. Require anyone walking the units to be vaccinated. Make employees wear masks. Cancel the indoor concerts. There are ways around this that have already worked with other shows. In this case, the chicken came first… yes, I’m looking at you OEM.

If a dealer goes to 10 different RV manufacturer events over four days, how in God’s name does one prove they got COVID at any specific event? It would likely be a tough suit to win.

While the boys who put on Elkhart Open House are all friends, sometimes a friend needs to tell you what you may not want to hear. So here it goes, “Boys, stop being so cowardly. You know dealers are coming anyway. Your salespeople are dropping hints that the units are set up and ready to look at. Holding the event “unofficially” is… how do I say this in a PC way?… Chicken Droppings.”

F&I Managers
One last note completely unrelated to what I wrote above specifically for F&I managers. Brown & Brown is holding its F&I school three days before the start of the RVDA convention in Las Vegas. Yes, RVDA’s convention is happening, as of the time I write this. You need to be there F&I managers.

There is nothing else like this school in the entire industry and in my opinion, if you want to be the best at your job as an F&I manager you would be remiss if you do not attend. The banks putting on presentations and seminars read like a who’s who in recreational finance. The info is invaluable.

I almost can’t come up with a financial institution that isn’t a part of this school. Well, I could but I’ve never been bully. Why pick on someone insignificant who can’t defend themselves?

Please know, attendees will have access to people and information that just doesn’t exist anywhere else or at any other time. It’s like an omelet with everything you want in it.

As always, thanks for reading. Feel free to send your comments of liking or hating my little note here and how spot on or inappropriate it is to [email protected]. And don’t be a chicken, forward this on to your co-workers to read.