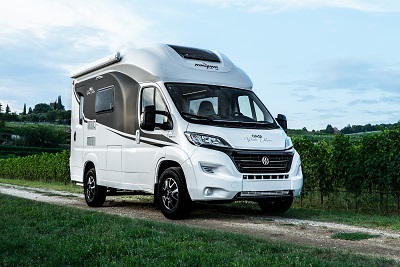 Wingamm, a European luxury RV manufacturer, will release its first brand in the United States.

The company will launch the Oasi 540, a Micro Class RV, which includes RVs less than 18 feet long that can sleep four and include a full bathroom. Sales will begin in California and New Jersey, and the company said it planned to expand distribution nationwide.

Wingamm RVs are being launched through an exclusive distribution deal with TM Motorhome Sales, LLC, a company which is not an RV dealership.

“My vision has always been to bring my family-owned brand of compact European motorhomes to America,” said Lorena Turri, Wingamm CEO. “We are currently sold in 15 countries throughout Europe and Asia and the U.S. was always the next step on our roadmap.”

Turri said the U.S. launch came together when she met Tony Diamond, TM Motorhome Sales co-owner, about two years ago.

“Tony was very enthusiastic about the changing trends in how Americans want to live and travel and the gap in the compact RV market that Wingamm could fill,” Turri said. “It has taken persistence and innovation from our team of amazing engineers and consultants in both Italy and the U.S. to create a Wingamm Oasi 540 for the U.S. market and, now, it is officially coming to America.”

Wingamm said its U.S. office handled more than 3,500 phone calls and emails from interested buyers since news of the release broke. The Oasi 540 has a waitlist of more than 550. More than 30 RV dealers have been in contact with TM Motorhome Sales, seeking to become a Wingamm dealer, the company said.

“As soon as we saw the Wingamm Oasi 540, we knew we had found it,” Diamond said. “From there, the partnership evolved with Lorena and we became the distributor for Wingamm in North America. Our go-to-market strategy is for Wingamm’s line of motorhomes to be displayed in desirable malls across America alongside other innovative consumer brands like Apple, Tesla, and Peloton.”

The Oasi 540 is built on a Dodge Promaster chassis but features a custom fiberglass monocoque shell. Wingamm cites the shell for enabling unique design and functionality aspects of the RV.

Among the Oasi 540 key features cited are: