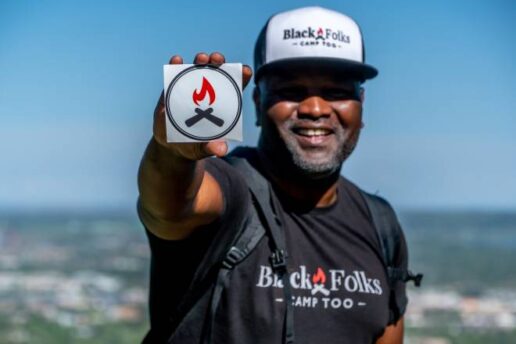 RVIA data has long shown RVing is a pastime dominated by primarily white individuals for as long as it has existed.

Earl B. Hunter, Jr. wants those statistics to change. The former Sylvansport sales executive launched his own business after he saw first-hand how few non-white individuals take part in the outdoor industry, particularly camping and RVing.

Much of the current stigma for potential campers is generational fear coupled with lack of knowledge, Hunter said. As a Black man, Hunter knows firsthand how ingrained the generational fear of going into the woods or spending time overnight in nature can prevent exploration.

“There is generational fear, being told to not go into the woods,” Hunter said. “There is also a lack of knowledge, which adds to the fear. But we want to remove the fear, add knowledge and ensure there are more people enjoying RVing and camping.”

Black Folks Camp Too is not going unnoticed in this endeavor. The company has begun filming and working with the RV Dealers Association’s and RVIA’s marketing campaign group, Go RVing. Through the partnership, the group is developing a three-part marketing series for 2022 revolving around why people of color are not participating in outdoor recreation, what knowledge gaps exist for those populations, and how dealerships can better advertise RVing to a diverse audience.

According to Hunter, one of the largest barriers for potential Black RVers is generational fear of violence and the unknown in outdoor recreation.

Additionally, the company received the National State Park‘s President‘s Award for North and South Carolina because of the group’s efforts to create initiatives encouraging diversity in camping. BFCT’s encouragement of unity in outdoor spaces has caught the attention of many, as this is only the most recent award presented to the young company.

One way BFCT has sought to encourage unity and spread feelings of safety for potential campers is through its symbol, the Unity Blaze, or campfire logo.

“Everyone gathers around the campfire,” Hunter said. “It is a place of safety, of unity. We believe that campgrounds, RVers, hikers — if people display the Unity Blaze, that is a place you are welcome. It is a symbol of inclusion.”