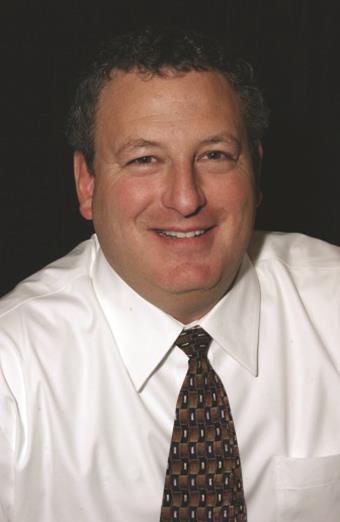 Randy Sobel has been a staple of the RV industry for decades, making his mark by offering advice and instruction to clients across North America for over 30 years through Sobel University.

An industrial psychologist by education, Sobel is known for his well-established sales and management training institute, but he first began working in the RV industry in 1982 for an insurance company, setting up finance and insurance offices nationwide.

“The short version of the story is that there was a lot of travel,” Sobel said.

Sobel is stepping back from Sobel University, which he founded in 1991, to spend more time with his wife, children and grandchildren, among other pursuits. His son, Jered, was named Sobel University president in September.

Randy Sobel began his university as Sobel and Associates Inc., and it was accredited a few years after its inception. However, the educational business is not Sobel’s first business.

He first entered the RV business by setting up finance and insurance offices for RV dealerships through an insurance company before entering the retail side with a dealership. That venture grew to eventually garner 12 locations and over 500 employees, Sobel said.

The business was too much for just Sobel to maintain, however, and he decided to sell his business to focus on a smaller pursuit which would allow him to work less and spend more time with family. However, word got out that Sobel was good at turning stores profitable.

“So, I started doing consulting, and life became much easier,” he said.

That business also grew to over 500 clients, representing every state and province in North America.

Even as Sobel has turned much of the day-to-day responsibilities over to Jered, the RV industry staple has continued to remain active. Instead of starting a 6 a.m. training session every morning, Sobel has the opportunity to take a 5-mile walk with his wife to get coffee. With Jered leading Sobel University, Sobel feels certain the business will continue as it has for years.

“He has been running the company for five years, and now is president,” Sobel said. “It was a flawless transition.”

Randy Sobel will continue to be involved with Sobel University for another two and a half years, working behind the scenes mainly. His last training session is scheduled for February, but Sobel remains integral to certain aspects of the business.

“Today I did W-2s and payroll,” he said. “But my travel will stop, my speaking will disappear, too. It is a different time now — I will be missed by the people I have worked with for 30 years.”

Sobel said he views himself as someone who builds a machine, but his clients drive the machine. He said his proudest achievements are working beside high-quality people and watching how they bring his taught material to life.

“It is not the paycheck, because you can do anything for a paycheck,” Sobel said. “The reward comes from the satisfaction that you bring other people. In my career, I have just been blessed by getting to work with some really genuinely driven, passionate people who really care about doing a good job.”