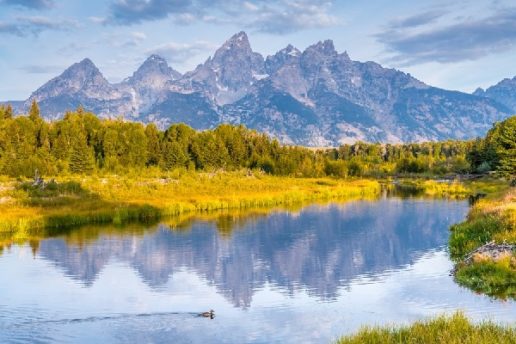 “I believe to my core there isn’t a single thing this country cannot do when we put our mind to it,” Biden said before signing the bill. “We just have to remember who we are. We are the United States of America.”

The bill contains approximately $370 billion in new spending to combat climate change and cut carbon emissions using two approaches: new incentives for private industry to produce far more renewable energy (such as expanded tax credits for renewable projects) and incentives for households to transform their energy use and consumption. For example, the bill creates a new, but restrictive, $7,500 credit for electric vehicle purchases and removes the cap limiting the benefit to only the first 200,000 vehicles sold per manufacturer.

The bill creates a 15% minimum tax based on corporations’ income over $1 billion reported to shareholders, known as book income, as opposed to income reported to the IRS.

Democrats claim the book minimum tax is a tax loophole closer. Republicans claim it is a tax on U.S. manufacturers. Based on a Joint Committee on Taxation analysis, 49.7% of the tax would be borne by the manufacturing industry. The provision would exclude Subchapter S corporations (corporations with a limited number of shareholders that elect to be taxed under the individual income tax).

This tax includes $80 billion in new funding over the next decade.

The $80 billion is more than six times the current annual IRS budget of $12.6 billion. The bill earmarks $45.6 billion for “enforcement,” including “litigation,” “criminal investigations,” “investigative technology,” “digital asset monitoring” and a new fleet of tax-collector cars.

Efforts to tighten the carried interest loophole, which allows investment managers to treat much of their compensation as capital gains and pay a 20% long-term capital gains tax rate instead of income tax rates of up to 37%, were nixed during negotiations on the final language. In place of the carried interest provisions, the bill adopts a 1% excise tax on companies’ stock buybacks, raising another $74 billion.