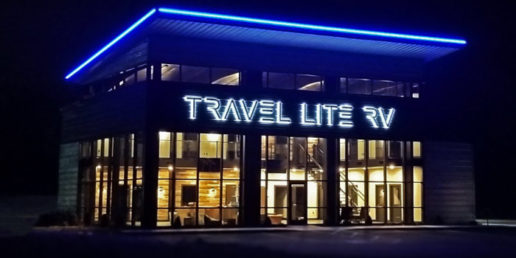 Superior Court 4 Judge Christopher Kehler intends to dismiss a fraud case filed against Travel Lite RV CEO Dustin Johns. The plaintiff will have one more chance to file a revision before the case is thrown out.

The case revolves around a $4 million real estate deal last year to acquire land for Travel Lite RV facilities. Following the transaction, Johns was accused of breach of contract and a state securities law violation. Counsel for Johns pressed that the claims failed to meet Indiana trial rule standards for making fraud allegations. His attorney moved to dismiss the case.

Kehler partially sustained John’s motion, agreeing that the suit did not adequately specify the time, place or details of the misrepresented facts. He also said the suit failed to identify “what was procured by fraud.”

The Plaintiff, Michael DeWitt, was given 10 days to revise his complaint and provide an updated argument which he said he intends to do. If he does not amend his complaint, the order states the suit could be dismissed with prejudice.

Johns says he’s been playing the high road throughout this disagreement and has done nothing wrong.

The real estate deal between the parties called for Johns to pay $1.9 million in cash and earnest money. The remainder was to be paid via the transfer of 3.5 shares of Travel Lite RV stock, Johns said was valued at $2.1 million.

DeWitt claims the value of the stock was misrepresented by Johns and that he had been provided with fraudulent financial information regarding Travel Lite RV. His suit claims $2.1 million in damages from the stock.

The motion states “There are no allegations concerning the who, what, when, where or how of any alleged fraudulent misrepresentations made to the plaintiff or how there might be and falsity involved.”

DeWitt objected to the request for dismissal on Nov. 7 stating that his amended complaint “clearly contains the information necessary to comply with Indiana trial rule.

In his defense, Johns said fluctuations in stock value are a risk in investing in businesses. He says that in real life people don’t get to just say they want their money back. As an investor, “sometimes you get a home run and sometimes you don’t.”