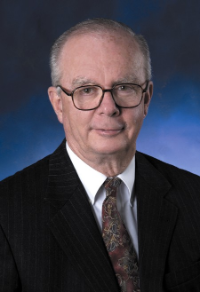 Humphreys served three stints as interim president before serving as president from 1979-2006.

Humphreys joined the Recreation Vehicle Institute (RVI) in 1969 as Washington counsel and helped arrange the merger of RVI and the Trailer Coach Association in 1974 that created the RVIA. RVIA said under his steady leadership, the association grew from a fledgling group into a highly respected professional trade association that reshaped the image and elevated the awareness of RV travel and camping with consumers, media, and government, positioning the RV market for exceptional growth over the last 40 years.

“Dave’s impact on the industry is immeasurable,” RVIA President and CEO Craig Kirby said. “His passion for the RV industry was always evident and he played a critical role in elevating our entire industry. The emphasis that I, along with the entire RV Industry Association team, place on unity is thanks in no small part the legacy Dave left behind.”

Humphreys understood that a strong trade association and a unified industry were key to overcoming serious challenges to capitalize on the strong consumer passion for RV travel and camping. Under his leadership, the association weathered energy crises, economic downturns, and global conflicts while promoting RV ownership to a growing and receptive audience.

Critical to these efforts were the strategic coalitions and partnerships spearheaded by the association under his direction. None more so than the creation of the Go RVing Coalition by the RV Industry Association and the RV Dealers Association (RVDA) in 1997 and the launch of the national advertising campaign that has introduced and educated millions about the benefits of RV travel and camping.

He was the leading force in the creation of the American Recreation Coalition (ARC), a federation of 100 recreation-related companies active in governmental policymaking on recreation issues. Through ARC, he facilitated the development of important programs such as the National Scenic Byways, Take Pride in America, and the President’s Commission on American Outdoors.

“Dave was a leader in putting RVs in mainstream conversation with government officials, the media, and consumers and he ensured the RV industry’s voice was heard in the travel industry,” continued Kirby.

Beyond these external efforts, Humphreys’ legacy is building a trade association that continues to unite a diverse industry in pursuing the collective mission to promote and protect the RV industry. The core programs and services developed under his leadership continue to help members today. This includes a strong advocacy program to represent the industry with federal and state governments; impactful promotional campaigns targeting the media and consumers with positive messages about RV travel; insightful research on the RV market and the RV consumer; and, perhaps, most importantly, the seal and inspection program that created a self-regulated RV industry with uniform standards across the United States.

His impact on the industry is evident in the long list of awards and recognition that include: