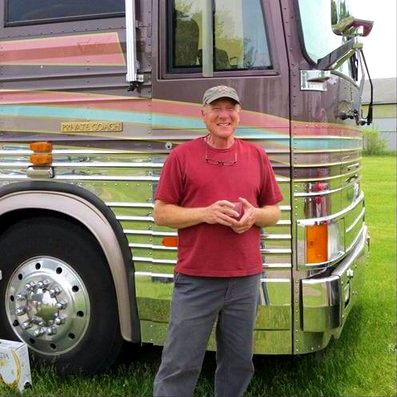 The acquisition, announced Dec. 4, is a collaborative effort between the two companies, Coleman said. He and Danny Hest, Togo Group’s CEO, started talking business possibilities more than a year ago.

“We had conversations about collaborating on different things, and what we found was that the cultural fit between the two companies was a match made in heaven,” Coleman said. “[Togo Group staff] are fine people with incredible integrity and talent. They understood what we have built, and we understood what they have built.”

RVillage is often called the “Facebook for RVers” with more than 350,000 members. The site gives users an ability to customize their RV experience, RVillage stated.

The platform also has the ability to link users based on location.

“It connects people to each other not only in different parts of their lifestyle, but also around each other,” Coleman said. “Danny and his team were big fans and we had a lot of conversations at the beginning of the summer about possibly merging. But things take time.”

RVillage will function as its own brand, headed by Coleman and the RVillage team, under the Togo Group.

The online community’s gold members will have first access to new tools and updates.

“This alliance gives us phenomenal resources that we wouldn’t otherwise have,” Coleman said. “We get great teams and more options for members, which makes for a better user experience. Users get more benefit and that helps them enjoy RVing even more.”

Aside from the website, the acquisition will provide RVillage the opportunity to host its Spirit of the Road rally more frequently and with bigger capacity.

The rallies, Coleman said, include seminars where attendees and vendors gather to network and enjoy live music and other entertainment. The event is held in Florida and will also include western locations to be determined.

“It’s grown over the last three years,” Coleman said. “With the merger, we could have a couple a year in the east and the west.

“It’s hard to find that good marriage,” he said. “There may have been other companies that were suitable, but it’s hard to find the one that works well for everyone, particularly the end user. It was an absolutely perfect fit for us.”