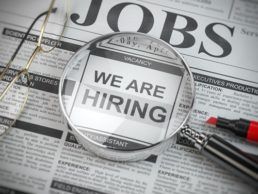 The Bureau of Labor Statistics reported total nonfarm payroll employment rose by 559,000 in May. The unemployment rate fell 0.3% to 5.8%.

The result missed the consensus analyst estimate of 671,000 jobs added, according to Dow Jones, but was a significant increase from April.

“Today we received great news for our economy and our recovery and for the American people,” President Joe Biden said. “The signs of further progress are already here. In short, this is progress.”

“This data reflects solid continuing job growth and strong evidence that our efforts through the American Rescue Plan to vaccinate Americans and support families, small businesses, schools and childcare providers are working to reopen and rebuild our economy,” Labor Secretary Marty Walsh said. “These numbers match what I have seen and heard as I travel around the country talking to workers. From early educators in Tennessee, to power plant workers in Wisconsin, to steel fabricators and home health aides in Pennsylvania: working people across America are eager to work, support their families and strengthen their communities.”

Leading the May job growth was the leisure and hospitality sectors. The sectors added 292,000 jobs, slightly more than half the total jobs added. Food services and drinking places accounted for 186,000 of the sectors’ job gains. Overall, the sectors remain 2.5 million jobs below their pre-pandemic levels in February 2020.

“I view it as progress continues to be made on the labor front, which is very good news,” she said. “I would like to see further progress.”