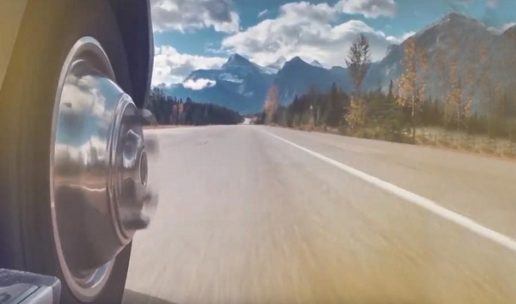 Following an extensive six-month RFP review process, Go RVing has named FCB-Chicago as its official Agency of Record, responsible for building upon Go RVing’s brand identity across all consumer platforms.

“Now in its 23rd year, the Go RVing program has become a trusted brand to American consumers. To deepen the roots across our culture while expanding the lifestyle to new generations, we knew that our messaging had to evolve as well,” said Karen Redfern, Go RVing Vice President of Brand Marketing and Communications. “We are thrilled with the work our new agencies presented and look forward to sharing the next chapter of Go RVing with our members and the public soon.”

FCB’s work will include all creative, media, and brand and strategic messaging. Their first work for Go RVing launched last week with the brand-new Go on a Real Vacation campaign. The group will roll out new elements, messages and media formats over the coming weeks and months.

Simultaneously launched last November, more than 25 agencies responded to each of the RFPs in a competitive review process which was coordinated and managed by Pile+Company in partnership with the Go RVing staff. The in-person, creative agency presentations were postponed, as they were initially scheduled for the week after stay-at-home orders took effect across the country.

In early April, the agencies presented via video conference to the Go RVing creative work group, compiled of industry members, the Go RVing board of directors and Go RVing staff.

“Ultimately FCB-Chicago stood out for their creativity, passion, and unique point of view. Their campaign was bold and energized which is the direction the Go RVing team wants to take the campaign,” said Craig Kirby, RV Industry Association President. “FCB demonstrated an ability to reposition brand messaging and came to the presentation with a plan to redirect the campaign message for right now in a three-phase plan leading up to their creative campaign ideas. They showed great agility in getting things produced efficiently and creatively and utilized data analytics to drive their recommendations, which was a must-have strength for the Go RVing staff.”

Genuine Interactive is taking a look at the Go RVing website’s purpose and its consumer expectations, and is creating a new experience that is user-friendly and highly data driven. According to Go RVing, the new website will look less utilitarian and more interactive as it invites consumers to take a journey with real-life RVers who share their stories and adventures.

“The website is vital to RV dealers both in leading consumers to their front door and also as a resource for data, materials and leads,” said Phil Ingrassia, RVDA President. “Genuine focused on talking to key stakeholders from the start in building their model, ensuring the new site works well for both consumers and industry partners. Their data driven approach in site development and monitoring consumer journeys once the site launches will be especially beneficial to the industry as we move forward in this new economy.”

The Richards Group, based out of Dallas, had been the Go RVing agency of record since 2002.

“We are very grateful for our 18-year partnership with The Richards Group and for their impeccable contributions to the Go RVing brand,” Redfern said. “As the program grew, the team at The Richards Group helped to build the strong brand awareness that Go RVing enjoys today. As difficult as it is to part ways, we value the contributions of their team and wish them continued success.”